Image Credit: Seeing Standards: A Visualization of the Metadata Universe by Jenn Riley

It’s in ISO’s name: “International Organization for Standardization”. But when you look up some of their standards (for example, ISO 19115, which is what I’m most interested in), you often find that people are making their own extensions or modifications to these standards. What gives?

ISO 19115 was first published in 2003 (ISO 19115:2003), with the assistance of an international team of experts. But when creating an international standard, some groups or locales might feel that their specific needs haven’t been met. Thus, ISO 19115 attempted to prescribe a set of minimal consistent metadata elements for geographic data, and allowed for other user groups to add, remove, or change various elements, and create ‘profiles’ of the standard. For example, experts from Canada and the USA made their own profile of ISO 19115, which they termed the North America Profile. This profile removed elements from ISO 19115, such as the mandatory “distributorFormat” element, which is used to describe the physical and technical details of how a distributor provides data. On the other side of the globe, experts in Australia created the Marine Community Profile, and added mandatory elements to better describe their data. The simplest of these is the “revisionDate” element, which allowed the dates of metadata creation and revision to be recorded separately – ISO 19115:2003 only allowed a single metadata date to be stored, but it could be either a date of creation or revision.

Just between these two profiles, there are already inconsistencies. Since MERIDIAN wants to accept data from many sources into a single discovery system, we should be able to handle both profiles – but which one should we adopt for users who submit ‘new’ data?

Simply using one of the two profiles will cause challenges for users of the other profile – and there are at least another 5 unique profiles of ISO 19115 out there. Combining these profiles together into a new profile would also be problematic, both because we are adding to the problem of too many standards, and because some profile-specific elements overlap in meaning (but not terminology).

Ultimately, we decided it would be better to re-use an existing profile as much as possible, rather than create anything new. We will continue to refine our metadata element descriptions and data ingest to simplify conformance and to improve cross-walking between other profiles. Of course, there’s one more challenge that this post glazes over – the fact that ISO 19115 is updated and reviewed periodically, but few of these profiles have been updated to conform to the 2014 version of ISO 19115 (called ISO 19115-1:2014). Whether these profiles will eventually be updated or deprecated remains to be seen. 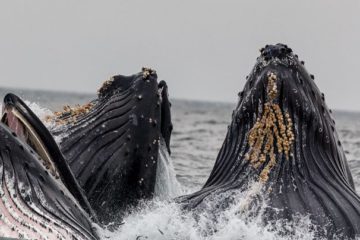